RouterOS allows users to specify Burst Rates for their clients. We will demonstrate how burst rates work when applied to a specific queue. 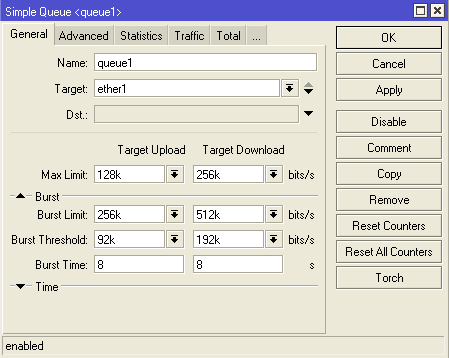 The below graph shows the user download activity over time and how RouterOS handles it. 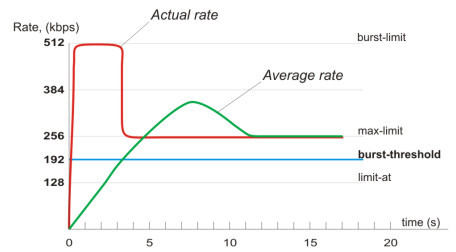 At time = 0s, there is no user activity.

Notice that the average speed is greater than the maximum rate limit after roughly 8 seconds from the start. It slowly decreases after that time.